Meet the SWUGs of Yale: Women ‘Washed Up’ at 21 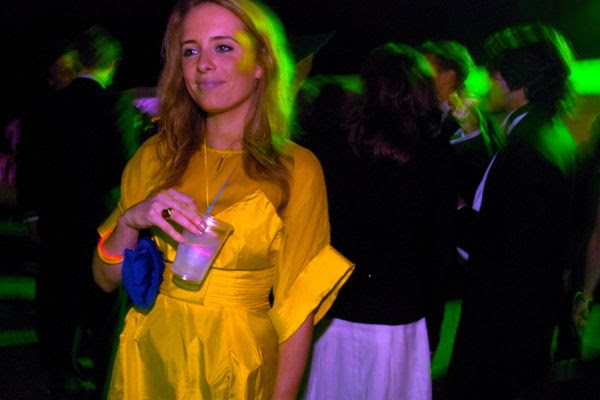 "They call it a “dayger” (a daytime rager) and the one at Yale’s Sigma Nu last weekend was huge. Every surface of the frat house seemed coated with a sticky layer of spilled drinks and grime. Young Yale men, many wearing ties and jackets, others wearing much less, stumbled up stairs, gripping plastic jugs of generic booze. True to their fraternal creed, “To believe in the life of love,” the brothers of Sigma Nu were graciously hosting scores of female classmates.
Yale senior Raisa Bruner was not one of said women in attendance, because she’s kind of tired of the free-wheeling frat hookup culture that’s so compelling to younger students. The guys know this about women her age, she says, and so they don’t generally hit on senior girls. If she went to Sigma Nu, she’d watch her male classmates focus on that infinitely more fun classmate, the female freshman.
Bruner is a self-identified SWUG — a senior washed up girl. As she explained in a recent feature in the Yale Daily News, to be a SWUG is to embrace “the slow, wine-filled decline of female sexual empowerment as we live out our college glory days. Welcome to the world of the ladies who have given up on boys because they don’t so much empower as frustrate, satisfy as agitate.”
She and her fellow SWUGs are women who don’t bother dressing up for class, or even for fancy parties (though they might still attend them), don’t seek out meaningful (or even just sexual) relationships, spend weekends at their shared homes drinking in the company of other self-identified SWUGs, and feel utter apathy about their personal lives — all at the age of 21. “Whatever empowerment we’re supposed to be deriving from this version of the feminist moment is looking pretty thin on the ground,” she explains."
Read more at NY Mag.
Posted by Unknown at 10:10